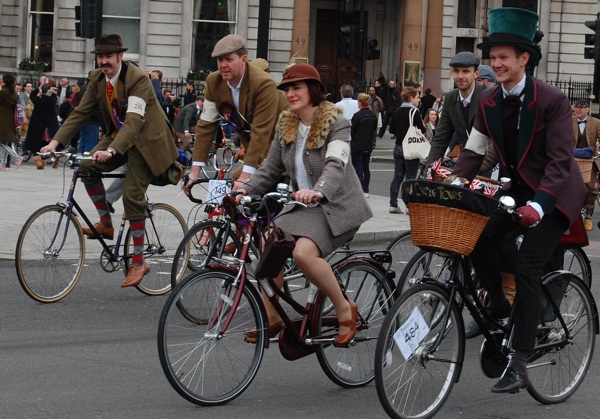 A metropolitan bike ride with a bit of style

“I say, old chap. Why don’t we don our best tweed attire, and go for a little jaunt through the big smoke on our bicycles?”

I’ve no idea if that was the actual conversation that led to the first London Tweed Run, in 2009. It must have been something along those lines because, as far as I can tell, there’s no purpose behind the Tweed Run other than going for a ride and looking rather fabulous while doing so. 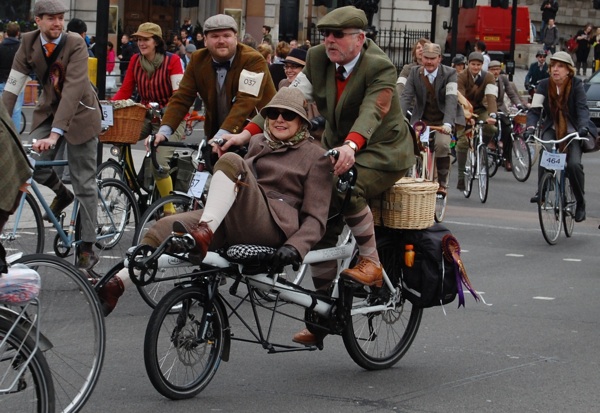 Yesterday saw the fifth annual London Tweed Run: around 500 cyclists, dressed in their finest traditional cycling outfits, and riding bikes of all shapes and sizes, promenaded around the streets of London in a route that took in Regent Street, the Houses of Parliament and Trafalgar Square. 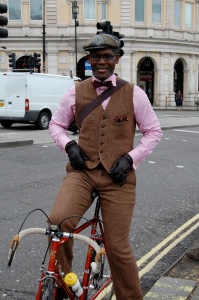 Duwayne, one of the Tweed runners

Sadly, I wasn’t one of their number – space is limited, due to ‘elf and safety, so entry was by registration only which had closed earlier in the year.

I almost wasn’t one of the numbers watching them, either. Foolishly, my friend Mark and I chose to believe the route details posted on the Tweed Run website. Having decided that the home of British tailoring would be a very apt location for viewing the ride, we took up position on Savile Row in plenty of time for the ride to come through at 12.30.

Or so we thought.

12.30 came and went, with no Tweed Run in sight. Were they, we mused, riding at such a gentlemanly (or ladylike) pace that they were already running late? 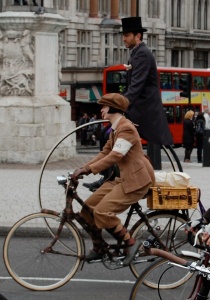 Top hat and tails, and riding a Penny Farthing

No. A fellow spectator told us that she’d just been told that the ride had actually gone past 40 minutes earlier. A quick check of that new-fangled technology, Twitter, confirmed this – and also revealed that the ride was then at Parliament Square and heading up Whitehall. That gave us just enough time to jump in a taxi and head to Trafalgar Square to catch the spectacle as it went past.

And what a spectacle. There were riders in tweed, yes – lots of them, in fact – but also all manner of traditional and vintage outfits. There were top hats and tails, flat caps and long, flowing skirts. There were baskets and flowers, rosettes and fake moustaches. There were tandems, Pashleys, mountain bikes and Penny Farthings. In short, it was the most stylish collection of cyclists and cycles I’ve ever had the pleasure of seeing on the streets of London. 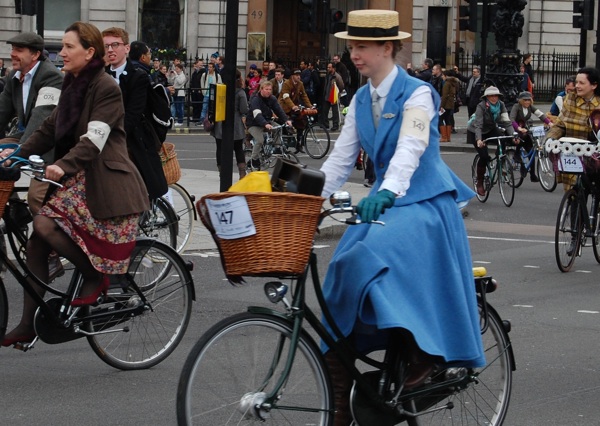 There were long flowing skirts… 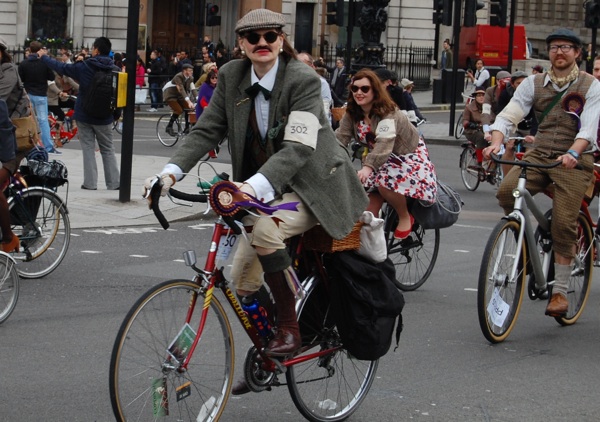 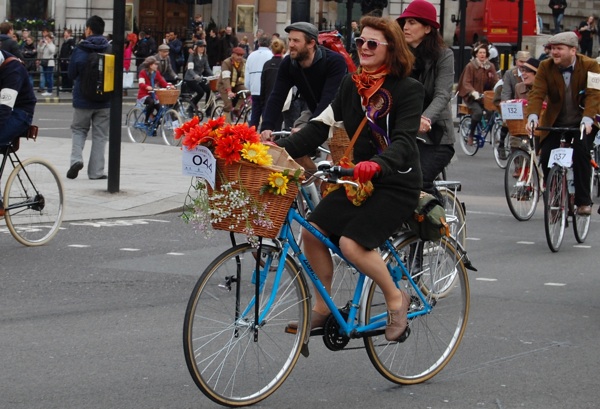 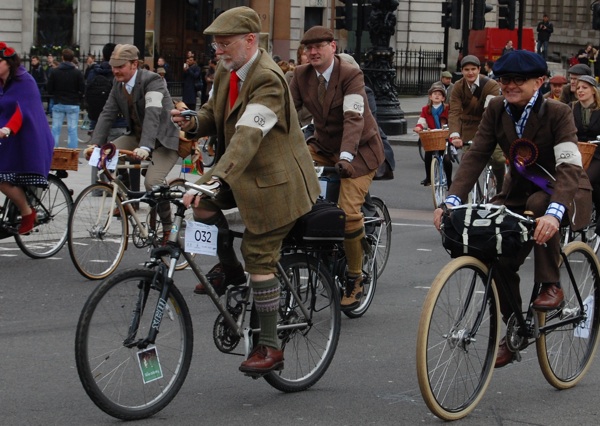 …and lots and lots of tweed